Each Fall, I take Maine College of Art’s photography majors on a weekend trip to Stephen Pace’s studio in Stonington Maine. Food, photography, bon fires, and hanging out has served as a catalyst to help build a community of trust, and support, in preparation for unvarnished, constructive criticism for the coming year.

Trust is not something that can be created in a weekend and, in some situations, is never fully gained. I have worked with most of the students in these images for several years. The portraits began as a thinly veiled teaching demonstration. I hoped the students would be present with my image making and concentrate on my actions as I prepared to operate an 8x10 view camera. I asked them to close their eyes and hold very still; a demonstration of how they, as artists, can take control of their own image making, to intervene or “ask of” from a subject. The resulting images surprised me when I processed the film, it appeared my students were treating the sitting with more importance than I had initially.

My original goal was to teach by example, to model the making. When I consider the work in context of the work they are intrenched in, the portraits begin to function with more complexity than my initial intent. A catalyst is not consumed by the reaction itself. John Muir said “leave no trace, but your shadow” Muir was talking about the landscape. I have always considered this transferable to teaching. 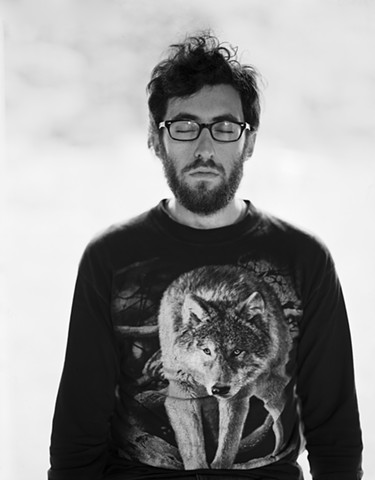 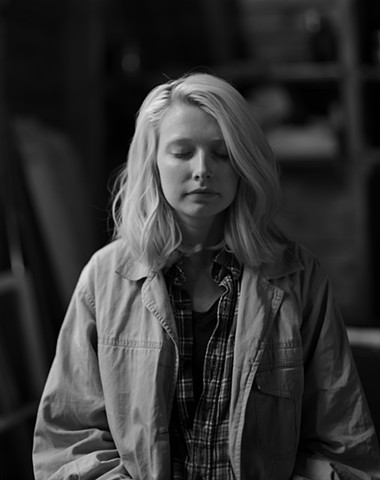 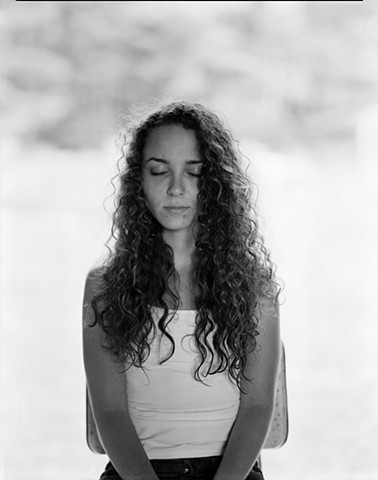 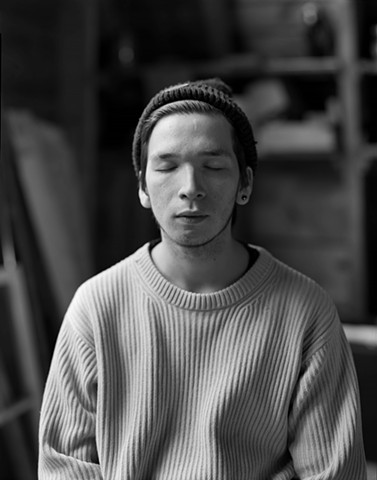 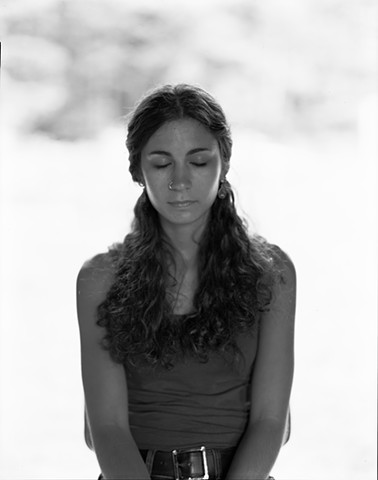 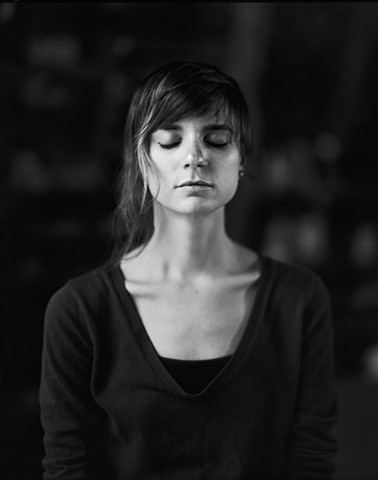 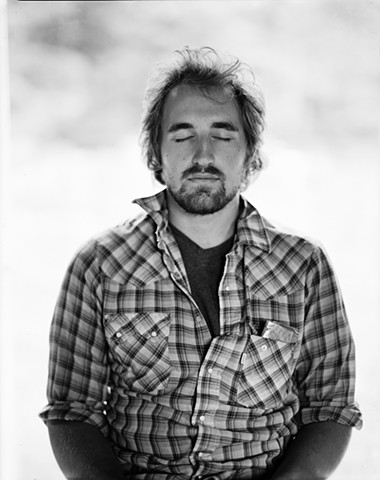 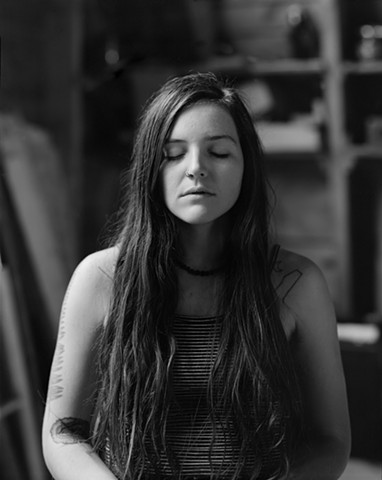 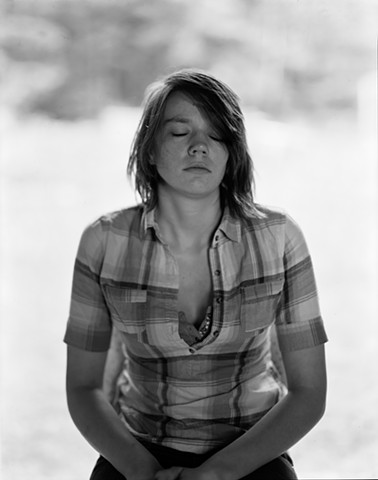 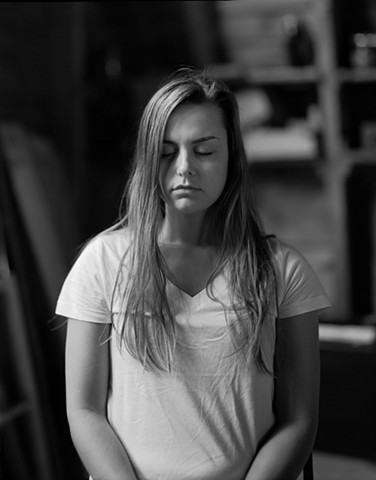 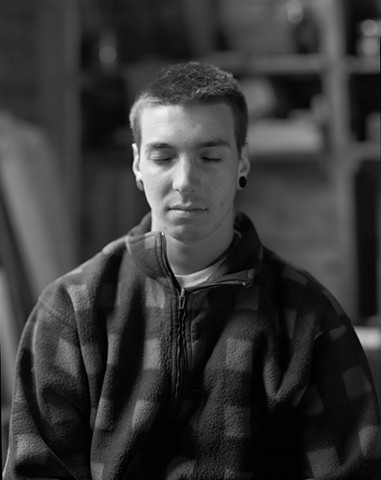 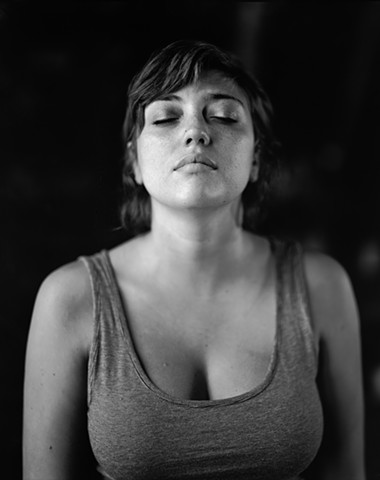 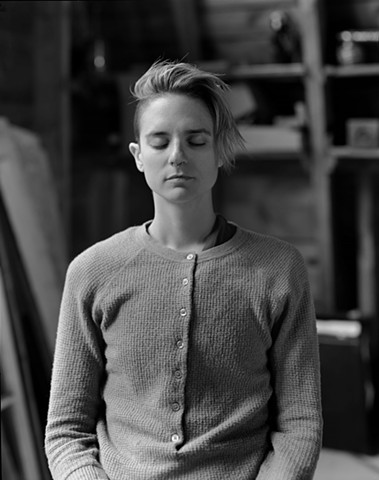 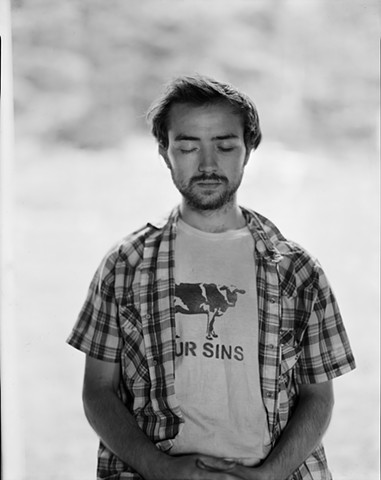 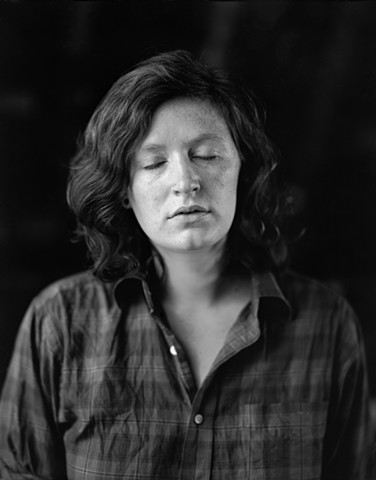 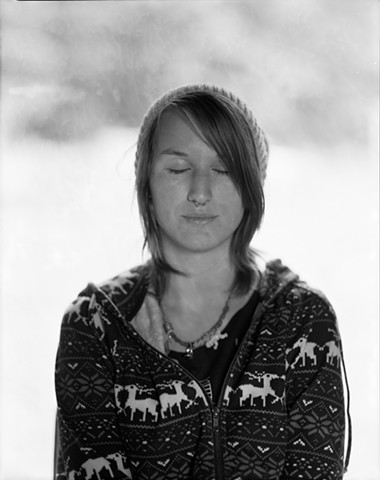